Dear Nerds: The Past is the Past – Get Over High School.

From my last article, I stated how nerd culture has reached popularity that rivals mainstream culture.  Years ago, anything nerdy was deemed pathetic – activities that only people with no lives enjoy. Today, it’s going through a renaissance. Superhero/comic movies are now major blockbusters. Video games are treated as a serious art form. Anime is no longer viewed as a joke  (for the most part).  Yet, despite those achievements, there are bitter nerds angry with the newfound popularity (of nerd culture). They’re upset at the past (as they were bullied for being nerds, weren’t accepted, etc.) They continue to cry about whatever happened to them in high school.  Can I say something?  If you’re this type of nerd, you need to get the fuck over it.

High school is over.  Nobody (but you) gives a shit.

The past is the past; let that shit go. You need to stop being mad at your peers from high school just because they rejected you (for being a nerd). The popular preppy girl who wouldn’t dare date you because you played Pokemon? She’s now fat, have five unruly children from three baby daddies, and she’s working at a dead end job. She’s hopeless.  The asshole who called you lame because you wanted to study rather than hitting up the weekend party?  I bet you he ain’t doing shit with his life today.  He’s strung out on drugs and begging people for money on the streets. 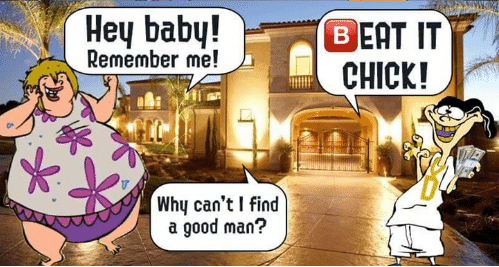 You, my friend?  You’re doing well (I hope).  You’re working on your goals, dreams, making money, and life-changing moves for the better. There’s a special somebody in your life that appreciate your nerdiness.  You changed your wardrobe and rocking the fresher clothes of the season; clothes your bullies never imagine you wearing years after high school.

You changed, just like trends and the people who may have made fun of you.

Here’s what you need to understand.  The bullies and assholes that made fun of you could’ve changed after high school.  They could have realized that they were horrible to you and others.  Perhaps one day they reflected on their hurtful actions of the past, realized what they have done, and made the effort to never repeat that shit again. Teenagers are pricks.  They should know better, but it takes a while for people to grow and self-improve for the future.

People need to change for the future.

Let’s talk about the future.   We’re living in the golden age (of nerd pop culture).  Superhero movies are bringing studios hundreds of millions of dollars (the good ones of course).  Adults are playing on their 3DS in the open without normies talking shit about them.  Otaku are expressing their love for the anime medium without fear of ridicule.  You can talk about the latest episode of Dragon Ball Super or My Hero Academia with your coworkers.  Cosplay is getting the respect it deserves.  Everything nerdy is slowly becoming accepted and not made as a joke to belittle the people that love it! I can bet money that in a few years, people will no longer be mocked or bullied for liking anime, video games, comics, etc.  It’ll be too deep within the mainstream for anyone to go out their way to bully people over those things.   So what if there are some norimes who think that shit is lame?  Fuck them! Let them be stuck the past with that old mindset.

We’re moving towards the future. 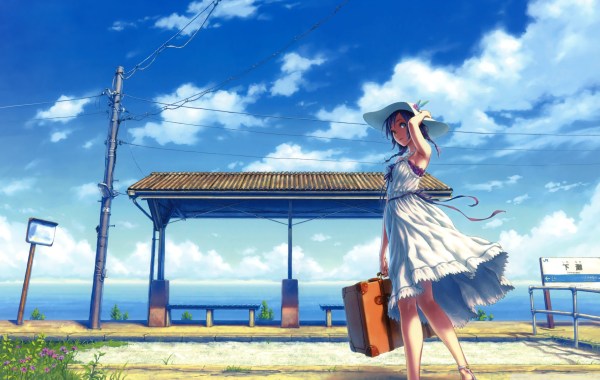 Anime Fans: You Need To Travel!

Recently, I bought my first plane tickets; booking a flight from St. Louis (my hometown) to Los Angeles, California (for the convention Anime Expo).  The purchase marks major progress for not only the Yuki The Snowman brand, but for my personal growth too.  In my years of traveling, I’ve met strangers who turned into friends, visited unexplored places which became my favorite spots to hit up, and unknown cities which became my home away from home.  Of course, I visited anime conventions in these different cities (that I grew to love). All of these experiences I earned thanks to traveling.

Trust me, you want these experiences. Let me explain why you should travel as an anime fan.

You’re away from your hometown. You don’t have to deal with the same ol’ people from it.  You know; the mindless normies who make fun of you for liking anime. Traveling gives you the chance to explore a major, prosperous city; filled with innumerable cultured people who just get you and your passion. This is especially true if you’re into the arts – like anime, film, theater, music, etc. Your pathetic hometown isn’t filled with cultured people who appreciate the arts.  You need to go where your interests are appreciated and respected.

I know there’s a small voice in your head telling you to leave.  Don’t deny that voice.

Traveling provides you with new experiences – experiences you’ll never have in your small town. In 2016, I traveled to Atlanta, GA. for the world-renowned Dragon Con.  Dragon Con is an American multimedia convention where over 80,000 from across the globe invade the entire downtown Atlanta: celebrating nerd culture for five days.

On Saturday of Dragon Con, there’s a massive parade for the convention that wraps around the downtown ATL area. This parade is full of cosplayers showcasing their talents and sci-fi themed floats.   Did I mention that throughout the event, Dragon Con has over thousands of non-stop programming that doesn’t end until the afternoon of Labor Day?

Oh, and it’s an open container party convention for you alcoholics and party nerds (like myself). 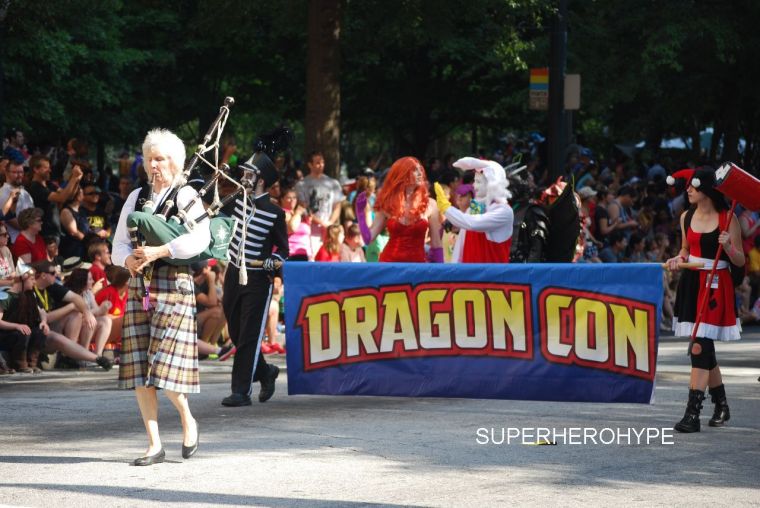 My backward ass hometown doesn’t have cool shit like that.  We got conventions, but their main programming end between 7pm-1am (depending on the convention).  We have no parades celebrating nerd culture (because the local rednecks and ignorant Republicans here think the arts shouldn’t be celebrated). The thought of a convention being hosted in downtown St. Louis with over 80,000 nerds is viewed as a joke out here.   There’s only one convention that allows open container and partying (Archon, ya know I love ya).  If you try to throw a party at our other conventions, security and the police will shut your ass down.

I bet your small town has those issues as well. Even if it does have anime and sci-fi conventions, there are only about 500-1000 people who attend it.  Maybe 1500 – and the numbers are made from the same nerds you see in your community.  Your con’s guest list is made up of the same 10 voice acting and industry guests each and every year.  If you go out of town to a major city that hosts a massive convention, chances are, you’ll see over 30 industry guests. For conventions like Anime Weekend Atlanta and Anime Central, you may even get to see a voice actor from Japan.

Do you get why you should travel as an anime fan?

Traveling allows you to meet new people and gain new networks.  Let’s say you’re an aspiring vlogger, blogger,  social media starlet, whatever.  Your hometown will never support you because they see you every day. They don’t wanna support a person who they believe they will never get anywhere (despite how hard you grind to produce content), or if that person is making more moves (then the average person in their town).

Here’s where traveling to new cities come to play (for your craft).  As stated above, new faces in new cities mean new networks for you and your brand.  Let’s pretend you’re at Anime Expo, and this is your first time vlogging at such an event.  You’re interviewing a marvelous Beatrice (Umineko no Naku Koro ni) cosplayer who spent all of 2017 professionally designing and building her frilly dress and pipe (which is fully functioning).  You guys plan to kick it after you two get done with your business because you’re both huge Umineko fans and wanna talk more about the series and she finds you as a cool person (and also wants to smoke you out using her pipe).

Not only did you got a cool cosplay interview for your vlog, you now made a new friend off a love for an obscure visual novel.  I’m doubtful the ignorant bums of your small town have no clue what’s a visual novel is.  Hell, they’re probably too stupid to read a normal novel.

Additionally, it’s smart to meet new friend globally for growth.  Furthermore, you need to drop your (loser) friends. Friends who don’t appreciate and understand why you’re so passionate about the things you love aren’t worth having around.   What is worth it is having around are people who get you. You like people who like you; who vibes are just like yours. That’s why you must travel.

‘If you’re not feeling it, find new friends.’
-Gary Vee (from his video SURROUND YOURSELF WITH THE RIGHT PEOPLE)

Traveling allows you to grow.  It’s an outlet for a person to see new places and obtain experiences that their small town will never provide.  Exploring the world brings you to new faces that will support you and even befriend you. You need to get out of your hometown and grow.

This is an enormous world. Don’t be content with being in your pathetic tiny town forever.