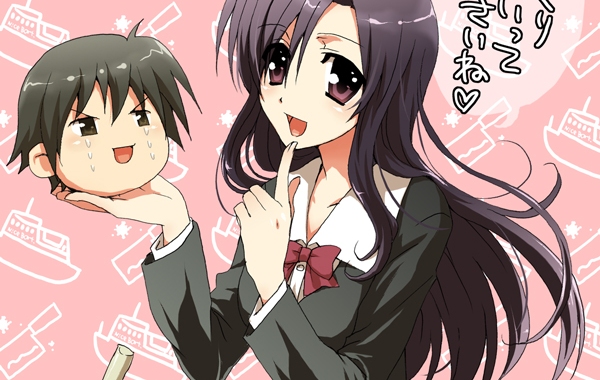 Matoko Itou of School Days thought he was a player.  He was able to court the alluring yet quiet Kotonoha; a girl many in their school deemed unobtainable (due to her wealth and lack of social skills). The two started dating, although it was one-sided as Matoko only wanted her for sexual reasons. Bored with Kotonoha, Matoko went after her best friend,  Sekai.  Sekai went ahead with his advances despite the fact that her homegirl was dating the man.  One would think that a man would be satisfied with sleeping with two girls (who both happened to be best friends), but this is Matoko Itou.  After screwing around with Sekai multiple times, the kid set his sights on different girls; including Kotonoha’s bullies the mutual friends of Kotonoha, Matoko, and Sekai.

Matoko could have stopped right then and there.  He already slept with multiple girls but he wanted more.  He got more than what he wanted when Sekai winded up becoming pregnant with his child.  Upon knowing he would become a father, Matoko decided to stop his player shit – but it was far too late.  Sekai, anger by the selfish actions of Matoko, murdered him.

Kotonoha then finds Matoko’s body and severed his head.  She then killed Sekai out of jealousy. 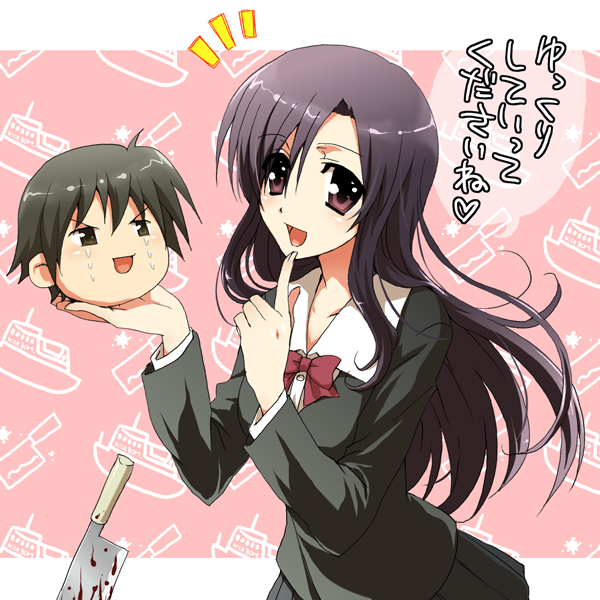 When it comes to victories, many men let the results of their actions get to their head.  They are ignorant of the dangers of that lies ahead of victories.  Error, pitfalls, and downfall lie in wait for foolish people who push past their mark.  You need to learn how to be happy with your results from your victories and check yourself so that you won’t be consumed by the greed of wanting more than you can handle.  It will cost you more than what it is worth.

Yes, Matoko earned the right to be happy and celebrate his success of courting a girl such as Kotonoha.  Yes, it was normal for him to feel great about it. But to pursue other young women when he had Kotonoha was foolish.

Seducing her went to his head. He lost it as a result – figuratively and literally.

‘The moment of victory is often the moment of greatest peril. In the heat of victory, arrogance and overconfidence can push you past the goal you had aimed for, and by going too far, you make more enemies than you defeat.

Do not let success go to your head.’
–Law 47 of the 48 Laws of Power by Robert Greene

(Now, use your head and do NOT watch School Days. It is a dumpster fire of poor production quality and writing)