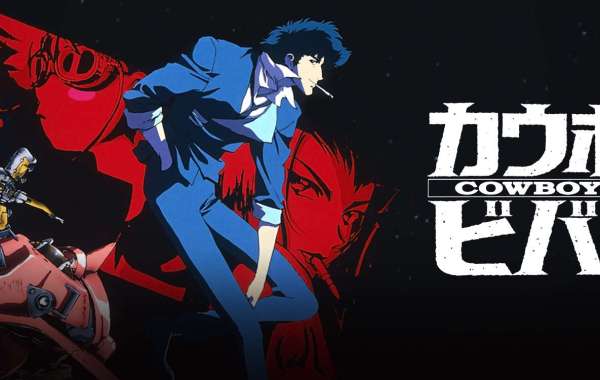 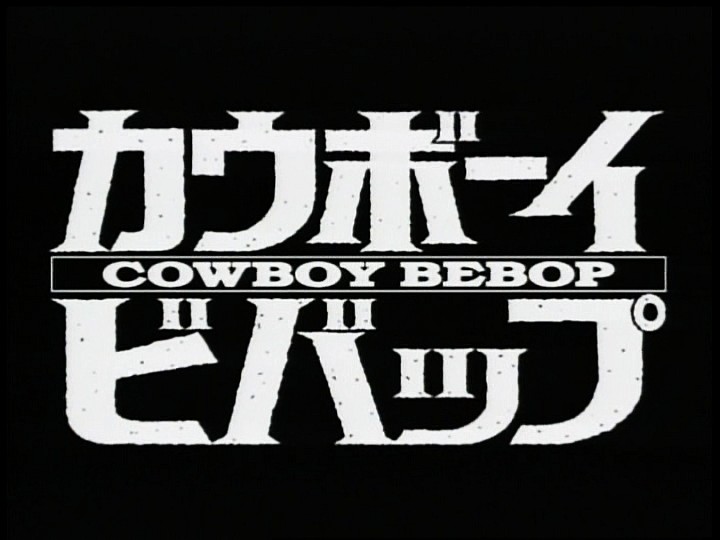 I’m going to make this bold ass statement: If series such as Dragon Ball Z, Sailor Moon, and Pokemon jump started the Western anime craze of the 1990s, then Cowboy Bebop snatched that craze and carried it to unimaginable heights  during the early 2000s – thus shaping how anime is viewed in the eyes of mainstream America today.  If Cowboy Bebop never made it to the States or became such an overnight hit, then (maybe) mainstream interest in anime here in would had die out.  Don’t get me wrong: those shows  did well here in the States, but Cowboy Bebop was a game changer.  I (personally) believed that the show helped changed the stereotype that anime is childish in America.

The crew consist of the zen, free-spirited Spike, his best friend; the wise and mature Jet, the provocative opportunist; Faye, and finally, the quirky teenage super-genius;  Ed.  What’s unique about these characters is their connection to their (tragic) pasts, and how it crafts their present-day lives and personalities. 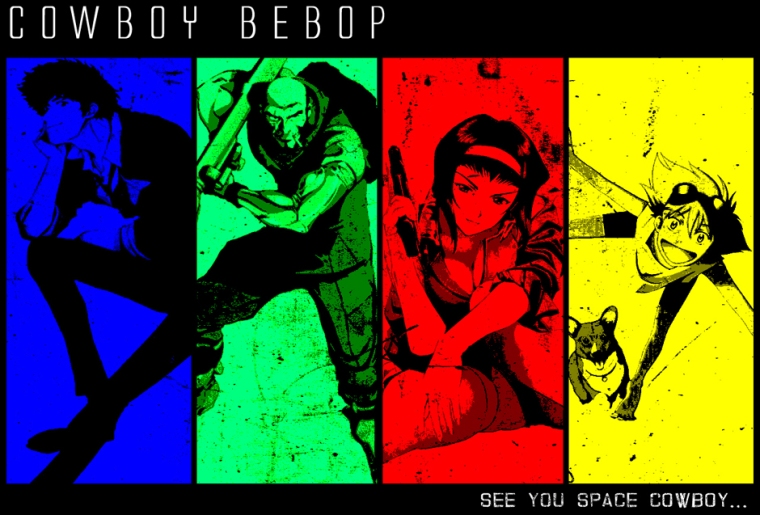 Spike declares himself “dead”, due to his past with the Red Dragons crime family, as well as feeling guilt towards Julia – the only person he truly cared for.  This results in his “Whatever happens, happens” mantra in combination of his carefree spirit.   Jet’s struggles with his past is rooted in the betray of his friend; whom ambushed and shot him – resulting the loss of his arm.   Faye perhaps has the most unstable, complex connection to the past (next to Spike)  of the main cast.  She lacks knowledge of her own past due 50+ years of deep cryogenic sleep.  Further in the series, she learns about it through an old, homemade Betamax recording of her younger self. It’s revealed that she was an once a hopeful, shy, kindhearted, innocent kid full of wild dreams.  Those dreams were ruined after her family were slaughtered by space pirates, leaving her the lone survivor. The injuries she suffered from the attack forced doctors to put her in deep sleep, which resulted in her memory lost and personality change. 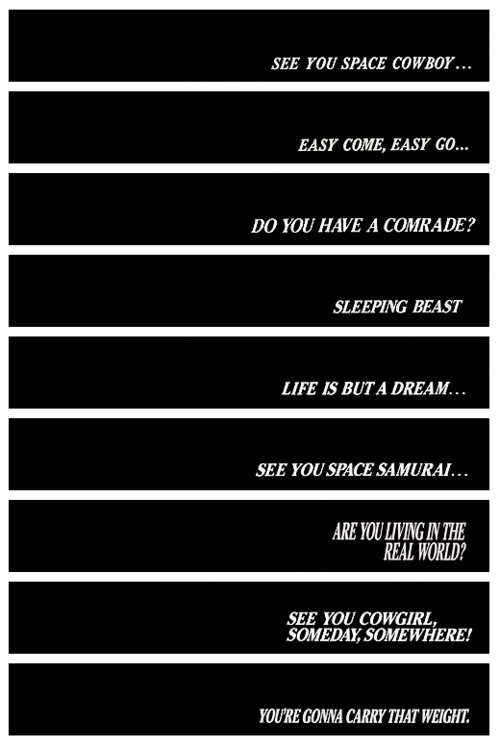 What makes Cowboy Bebop my highest rated series is how it was such a game changer for me as a teenager.  Prior to my encounter with it, I was used to shows such as Sailor Moon, Dragon Ball Z, Pokemon, and Outlaw Star to name a few.  Great shows mind you with good stories, but they weren’t really deep or thought provoking (Outlaw Star and Sailor Moon S did made me think a little bit with their themes, but it wasn’t like Cowboy Bebop level deep).  Cowboy Bebop had this more adult branding to it; it made me feel in love with the series.  You had jazz music playing in some of the major fights, characters drinking, smoking (both weed and tobacco on screens), poppin’ pills and trippin’ off shrooms.   There were beautiful, kickass female characters who were treated not just as eye-candy, but humans.  Cow or Bebop showcased characters that had legit issues that you could relate to such as debt, struggling with the past, burdens etc.  No longer was I limited to anime that had your typical fuckin’ bullshit “defeat the monster-of-the-day” or “I wanna be the strongest in the world” fantasy shit.

Cowboy Bebop was the real shit because it was real.

‘Once upon a time, in New York City in 1941… at this club open to all comers to play, night after night, at a club named “Minston’s Play House” in Harlem, they play jazz sessions competing with each other. Young jazz men with a new sense are gathering. At last they created a new genre itself.

They are sick and tired of the conventional fixed style jazz.

They’re eager to play jazz more freely as they wish then… in 2071 in the universe… The bounty hunters, who are gathering in the spaceship “BEBOP”, will play freely without fear of risky things. They must create new dreams and films by breaking traditional styles. The work, which becomes a new genre itself, will be called… COWBOY BEBOP’

While you’re waiting for that, please check out these amazing  video by Digibro on Cowboy Bebop: