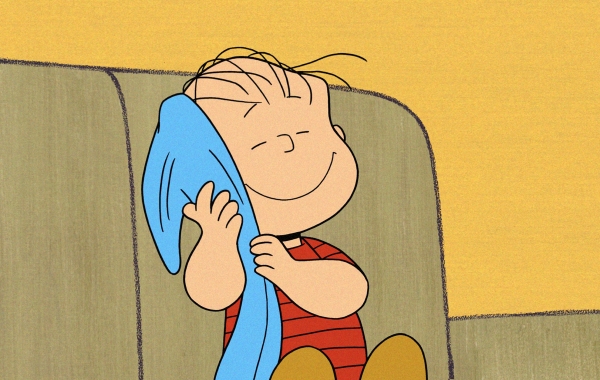 Note:
The following is a text version from episode 65 of my friend and I podcast,The Swarthy Nerd.  It has been edited for this blog.  You can listen to the episode in full by click the link above.

We all need a sense of security: may it be for home defense, personal space, finances, etc. Security allows us to have a sense of safety and the confidence that no harm will come to us.  With security, we won’t be able to subscribe to ill thoughts and of being violated, unprotected, and insecure; as long as our  security doesn’t get compromised. Fandom in nerd culture could be considering a form of security.

Nerds use their fandom to protect themselves from outsiders and anyone else who may try to enter a fandom will ill intent.  Acting as a security device, a nerd’s fandom can serve to help one escape the harsh realities of the world (crime, violence, systematic white supremacy, etc.).  While using fandom to escape and defend you from this world has some benefits, there are faults to relying on it.

To quote the late film critic Robert Ebert in his review of the 2009 film Fanboys,

“Extreme fandom may serve as a security blanket for the socially inept, who use its extreme structure as a substitute for social skills. If you are Luke Skywalker and she is Princess Leia, you already know what to say to each other, which is so much safer than having to ad-lib it. Your fannish obsession is your beard. If you know absolutely all the trivia about your cubbyhole of pop culture, it saves you from having to know anything about anything else. That’s why it’s excruciatingly boring to talk to such people: They’re always asking you questions they know the answer to.”

In today’s episode of the Swathy Nerd Podcast, we will break down the security blanket that is fandom, why lonely loser nerds use fandom to escape from reality, and why it’s too easy to use somebody else work to build your own sense of self and security.

PART ONE
HOW FANDOM SERVE  US

Fandom as a security blanket serves us through three means:
1. Creates a culture
2 A sense of self
3. A sense of protection

It’s no secret that most nerds don’t fit into other groups due to their quirky, obsessive nature. They (usually) cannot relate to mainstream topics such as the latest celebrity gossip, sports, pop music, and so forth.  Therefore, they seek to find comradely with like minded peers: building a culture and support system around their love for pop art and culture.  With this, a nerd could use this newfound comradeship to form social circles that otherwise would be “impossible” to obtain outside of using pop culture reference and fan familiarity

Less energy and effort can be exhausted on staying within one’s comfort zone. Why expand your mind and broaden horizons by going out of your way to do something new and meet people outside your normal social circle when you can use your endless supply of The Office quotes with those who too quote form overrated T.V. series? You don’t have to think on the fly like a smooth, charming player if you remind within known topics.

However, there’s one major drawback to relying on that trick: Things will get boring quick.

How long will it take for the other person you’re talking to until they wind up getting tired of your pop culture references?  Why do you refuse to let go of a topic that nobody is interested in other than to stroke your own ego?  People are drawn towards those who know about more than one topic – especially if it’s outside the realm of pop culture.  Not everyone loves and operate on the same level of stableness and security you run on (pop culture).  Eventually, you’ll need to disrupt that sense of security if you want to attach others to you.

Nerds believe that their hobbies, attractions, and interests are small bits of the larger picture of who they are as a person; a sort of sense of self to say.  There’s some truth to this. I do believe that what you’re into have an impact and reflect on your personality and psyche.

Example: A Black nerd may relate to the comic series X-MEN due to the elements of racism within the series.   That black nerd understands to the X-MEN being treated like outsiders because of his racial background. They might collect figurines of characters such as Storm, Gambit, or Wolverine because to that Black Nerd, that’s a form of self-empowerment.

It’s not to say that these nerds couldn’t tap into their spirit for self-empowerment nor do they don’t, BUT, you must admit that it’s goofy for a grown ass man to be empowered by fiction and fiction alone.  Of course, it’s much easier to use somebody else’s work to empower yourself than to get off your ass and work on yourself and your purpose to empower yourself without external influences.

Finally, fandom creates a sort of protection.  Most nerds (who don’t have a pair of balls/ovaries), have been bullied for their interests.  Therefore, they create walls and barriers to protect themselves from outsiders.  Other nerds have struggle with dealing with real world issues, or dealt with hardships in life (child abuse, absent parent, social struggles, etc.), so their fandom is the perfect tool for defense.  It’s all-to-common to hear a female felt empowered by magical girl series such as Sailor Moon and Card Captor Sakura in her troubling youth.

We all heard tales of men (who only watch entry level Shounen anime) whose favorite anime is Dragon Ball Z because somehow, a cartoon show them what an alpha male is supposed to look like.  They may not actually put in the work to be as alpha as the fictional characters they admire (hell, they even hate on anime fans who don’t live vicariously through shounen anime and put in hard work to become greater than their fictional icons).

They rather live through their heroes than to  like them.

Let’s visit an earlier statement from this “essay”: “Not everyone loves and operate on the same level of stableness and security you run on (pop culture).  Eventually, you’ll need to disrupt that sense of security if you want to attach others to you. ” Sooner or later, security will get violated.  It will get disrupted it; causing you to be on edge.

We’ve seen this with COVID-19 forcing pop culture conventions to cancel their events this year.  Stores catering to nerd culture, such as Japan LA and Uncle Hugo’s Science Fiction Bookstore  have been torched by protesters seeking justice for the racial murders of George Floyd, Breonna Taylor, and countless mores.  Nerdy brands have shown solidity with Black Americans (if they’re being sincere or just doing this for money is up for debate).   2020 has proven that you can’t use your fandom as a shield to protect yourself.

You will need to embrace that. Hiding from it not only makes you childish – it makes you weak and a coward.

We don’t even need the onslaught of chaos that 2020 given us so far to destroy your sense of fanboy security.  Remember: a madman in July 2019 decided to burn down Kyoto Animation.  You know, the same anime studio that produces media to help keep otakus and weeaboos globally distracted.

You couldn’t go anywhere online or offline without being reminded that Kyoto Animation was burned down and 35+ of their employees were murdered. This is no means a form of disrespect towards those who lost their lives in such a senseless way, but it’s a grim reminder that your distractions can be taken away from you.

Look, what I’m telling you guy is this: you have to accept the fact your hobbies and passions will never protect you in the long run.  Reality always has a way to rear its ugly head into your fantasy, la-la land (or even in the real world itself). We’ve heard stories of Black nerds going to nerdy conventions thinking they can escape racism for a few days only to experience it by racist white nerds. You always have these racist white nerds who will attack Black nerds for cosplaying outside their race or simply being at a convention.

My fellow black nerds: if you think your geekiness will override your Blackness, you are fucking retarded and deserve a Negro wake up call.

Logging onto Animal Crossing or whatever the latest distraction is won’t fix nor lessen your issues. How the hell you’re more concerned about some fictional tanuki motherfucker breaking your kneecaps if you don’t pay them rent, and yet, you haven’t pay rent to your real landlord?

It’s so wild that we have people out here who have all the courage in the world to solve the problems of fictional characters, but somehow, they can’t be bothered to fix their own.  Guess it’s easier for some socially awkward nerd fuck to solve worse girl Futaba from Persona 5 or worse girl Bernadetta from Fire Emblem: Three Houses social disorder issues than for them to solve their own to better themselves as a person (it’s also easier for fans of those two to smell like corn chips, hot dog water, and ass like those two shut-in losers as well, but that’s for another essay).

In conclusion, I say this: You’re not Linus from Charlie Brown.  Stop relying on such a pathetic security blanket such as your precious little fandom geek shit to guard you from the realities of this world.   You need to grow beyond it so that you can have more friends or whatever.  Learn to embrace that this world is horrible and bad things will happen. It’s not to say that you should be horrible in kind, but you have to deal with it to grow as a better person.