“Respect is earned, not given” is a controversial statement.  Some believe that respect should be given to all – regardless of who they are or what they have accomplished.  Others think that respect should only be earned through hard work, talent, skills, etc. In high levels of competition, respect is earned only if one is impressed by the superior flair of another person (most of the time).  In the Tournament of Power, we see Jiren giving his respect towards both Goku and Vegeta: calling both men warriors.  Jiren doesn’t use this term lightly, nor does he use it freely.

For Jiren, calling you a warrior is his sign of respect and admiration.

In Episode 122,  as Jiren squares off against Goku, the two engage in conversation.  Jiren asks Goku why does he seek to become stronger.  Goku simply replies that he doesn’t know why; he just wants to.  Following, Goku asks  Jiren if he too wants to be stronger.  Jiren states that what he wants is beyond mere, selfish thought of strength. This is a change from how Jiren initially viewed Goku (from their first fight).  At first, it appears Jiren had no respect for Goku.  But, after proving his worth against Jiren, we can assume that he’s a little curious about Goku’s strength and goals.  It should be noted that Jiren calls Goku by his name: “Son Goku”, rather than a title like “Saiyan” or “Assassin” (as he did with Hit during his battle against him).

With this, it’s safe to say that Jiren respects Goku. 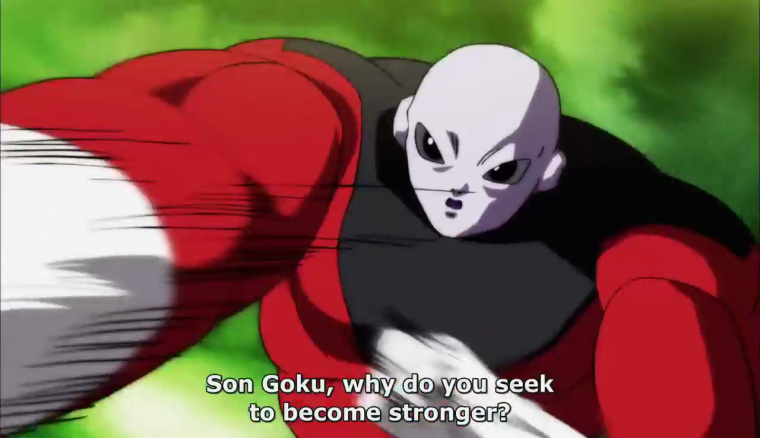 In Vegeta’s case, Jiren gives him the title of “Warrior”. As  Belmod and Khai both stated, Jiren calling Vegeta “warrior” is his  sign of respect Now, originally Jiren viewed Vegeta as arrogant. He even dismisses his brash fighting style as too prideful – taunting his Saiyan heritage in a sense. When Vegeta was able to hold his own against Jiren, that’s when Jiren was able to show his respect towards the Saiyan Prince. 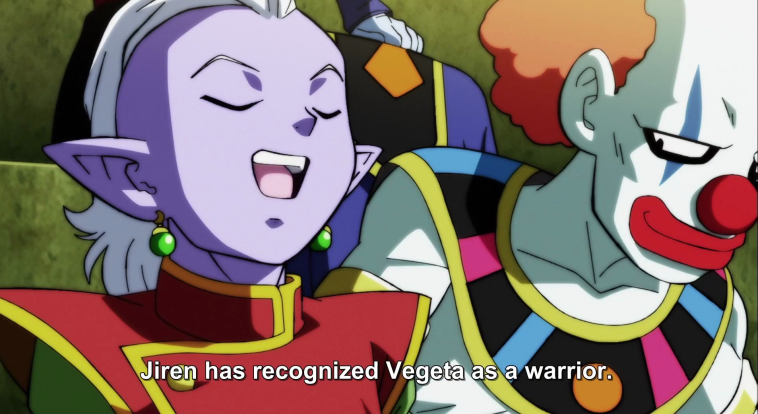 When Goku fought Jiren in Ep. 123, Goku overwhelmed Jiren. Not by brute strength, but by tactics and strategy.  Using a combination of teleportation, Ki landmines, and Destructo Discs (or Kienzans for you purist weebs), Goku was able to knock Jiren out of the ring.  This forced Jiren to use a hint of his true power to recover and combat against Goku.  In turn, Goku tapped into his reserves; going Super Saiyan Blue with Kaikoen x20 stacked.  Vegeta tapped into his hidden power, breaking his shell and limits.  The fact both Goku and Vegeta drew out power beyond their limits could suggest that Jiren want to see both warrior’s true power in combat.