As per my April 2018 article, I don’t get post-con blues.  I never got the idea behind it.   If you get depressed after attending a weeaboo festival (and aren’t willing to do anything about it), you’re a loser. There are conventions held almost every weekend in major cities in America and across the globe that offers the same shit (for […]

As per my April 2018 article, I don’t get post-con blues.  I never got the idea behind it.   If you get depressed after attending a weeaboo festival (and aren’t willing to do anything about it), you’re a loser. There are conventions held almost every weekend in major cities in America and across the globe that offers the same shit (for the most part).  As a result, conventions get boring after a while. The passion behind them get lost and you’re (well, I) are left wondering “well, what’s next for this little otaku hobby of mines?”.  After attending Anime Expo in Los Angles however, I must admit I’m feeling the blues.

Am I’m upset that Anime Expo has come and go? Nah.  Too many rude, smelly ass weeaboos I had to deal with that won’t make me miss the con (still going back though).  I had to stop myself from losing my temper and beating the shit out of a disrespectful, shut-in nerd who almost bumped me into a wall; all because he wanted a picture of some Ichigo and 02 cosplayers from Darling in the Franxx that he’ll never get to fuck in his lifetime.  Having to walk twenty minutes to Kenta Hall when it normally would have taken me five minutes wasn’t that fun – especially since it the crowds created a fire hazard (risk our safety for the all mighty dollar, huh). Trying to find a panel room for twenty minutes only to find out I needed a wristband to prove I was over the age of 18 ain’t fun.  I’m not blue over those factors. What I’m feeling blue about is the fact I am not in Los Angles anymore. 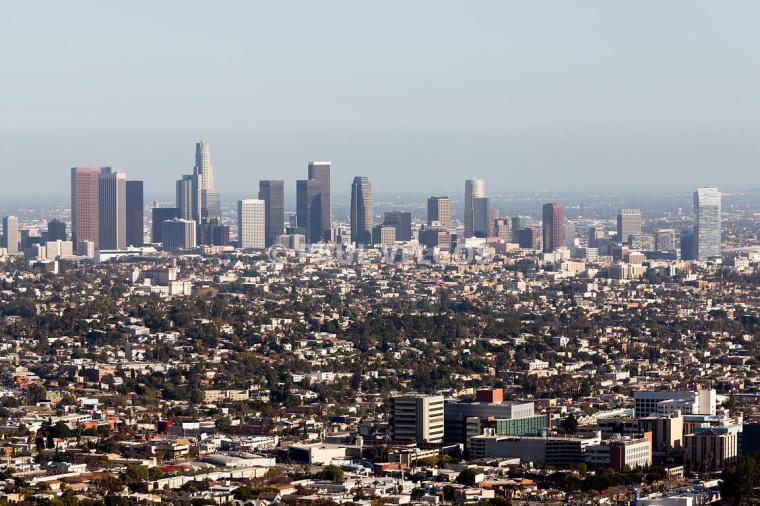 I miss California.  For the short week I was there, I felt at peace.  I felt that I could be myself despite not being within my comfort zone.  The fantastic, 80-degree weather that felt like it was 60 degrees thanks to the ocean breeze.  The luscious women from all over the world.  Bruh, they were bad! People who mind their own business and who didn’t mean mug you.  The welcoming and acceptance of those from different cultures. Being surrounded by striving businesses at every corner.  This what sold me on California…expect for the high taxes and cost of living you guys can miss me with that bullshit.

I gotta go back to Cali again.

If you guys don’t know, I’m from St. Louis, Misery (or Missouri) – a small Midwestern city that hasn’t seen progress in nearly 60 years.  St. Louis isn’t shit when it comes to wanting to better oneself in growth, business, career, etc.  The hopeless, passionless idiots who never left this city think it’s great and there’s nothing absolutely wrong with it (despite the high murder rates, extreme poverty, racism, right-wing politics, etc.).  These people love to bring down anyone with a dream or desire to expand their lives beyond St. Louis.

As a result, there are many haters and jealous niggas in the ‘Lou. California has its shares of crimes, haters, and hopeless idiots, sure. but I rather be stuck in a state that has legal weed, a chance for me to grow as a person, and network with those within my industry as opposed to continuing living in a city where I feel that I have no chance to do anything with my passion. What did that little dude say in FLCL? “Nothing amazing ever happens here”.  Yep. That’s St. Louis.

During downtime at Anime Expo, I went decided to explore L.A. for a bit.  It felt magical. Every turn, my eyes here treated to blooming, striving business helping bring L.A. income.  Downtown St. Louis? Every other business building is abandoned.  Downtown L.A. featured a fashion district.  Not a fashion store, mall, or outlet.  A fashion fucking district.   Did I mention legal, safe weed? Kush mind you, not no reggie or unknown kush with bug spray on it. Besides my degenerate lust towards weed, I’m a man of culture. Given that L.A. is a large city with over 3.7 million living in it, you’re going to get people from many cultural backgrounds telling them your experience.  As one Lyft driver told me, L.A. is made up of people from all over the world – not just native people.  With that, you get to talk to people from Asia, The Middle East, Africa, Europe, etc. and learn why they came ot America and how are they dealing with things here as their cultural experience clashes with the ones in America (as that adage goes; you can take the man out of the hood but you can’t take the hood out of the man).  St. Louis is cultural as well (we have strong Middle Eastern, Chinesse Mexican,  and Bosnian, communites) don’t get me wrong, but there aren’t as many international people here compared to the West Coast.   I personally that shit is cool.

To conclude, the post Cali blues is hitting hard for me right now. To be honest, I am a little disappoint that I didn’t explore much of L.A. beyond Little Tokyo and Downtown.   If ther ewasnt’ a convention in between my exploration, I feel like I could had gotten much more done in a week.  I’m kicking myself for not hitting up Hollywodo (Despite the latter being a tourist trap).  Venice Beach and Santa Monica are beautiful beach spots.   I low-key wanna explore Compton and study  one ofhte major parts of hip-hop history before it gets completely gentriflied by the liberals. I am going back to L.A. for my homeboy’s birthday and Anime’ L.A., so that will grant me a second chance to do the thigns I couldn’t do on my first trip.

I’m going back to Cali.

DRUNK AFTERWORD:
To those on my Facebook friend’s list who were mad about my post-con blues post: the fuck ya were gonna do besides be mad and not fuck with me anymore cuz I spoke that shit about post-con depression?