“No Way I Can Stay At The Same Level”

At the beginning of the Dragon Ball Super Movie: Broly trailer, Whis asks Goku why he seeks further power (than he already has).  Goku replies that battling in the Tournament of Power has opened his eyes; understanding that there’s no way he can remind at his current level. This is typical of Goku. Every time he encounters powerful warriors on his journey, […]

At the beginning of the Dragon Ball Super Movie: Broly trailer, Whis asks Goku why he seeks further power (than he already has).  Goku replies that battling in the Tournament of Power has opened his eyes; understanding that there’s no way he can remind at his current level. This is typical of Goku. Every time he encounters powerful warriors on his journey, he gets inspired to better himself.  Despite having marvelous power, Goku realizes that it’s not enough.

He must always seek to improve himself.

I’m not a Goku fan.  He’s a bland, average Shounen battle anime/manga main character.  Yet, I can’t help but admire his drive to better himself.  He loves to fight against those who are stronger than him.  He’s willing to learn from those who may not have much strength, but are masters at techniques he’s curious about (the Kaioken from King Kai,  The Mafuba from Master Roshi, and  Instant Transmission from the Yardrats).  Goku is always learning. Always improving.

Listening to Goku’s response,  I couldn’t help but feel a relation to his words. ‘No way I can’t stay at the same level I am now.’.  I’m all for self-improvement and bettering yourself (beyond your current talents and levels).  You should always work your ass off to reach new heights no matter what.  Life isn’t fun if you remain where you at.  If you want the best things for yourself, you have to level up no matter what; may it be learning a new skill, working on your purpose/passion, or traveling to a new city you have yet to explore.

In early July of 2018, I was in Los Angeles for Anime Expo (AX) and to see what the city has to offer to travelers wishing to explore it.  As I scoured the city soaking in the culture, I fell in love instantly.  The blend of multi-cultural natives and travelers speaking in their native tongue.  Fashion heads donning their outlandish appeals without fear of  (too much) judgment. Massive, striving businesses bringing  income for the city. The ocean breeze cooling down the warm city. People minding their own business and not mean mugging (like in my hometown). Entertainment surrounding the area at each turn. World level cosplayers showcasing their talents. The crowded convention venue filled up by passionate otakus.  Witnessing all of inspired me to do better in life.  I want more from it.

There’s no way I can stay at the same level I’m at now. 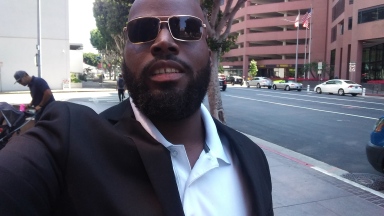 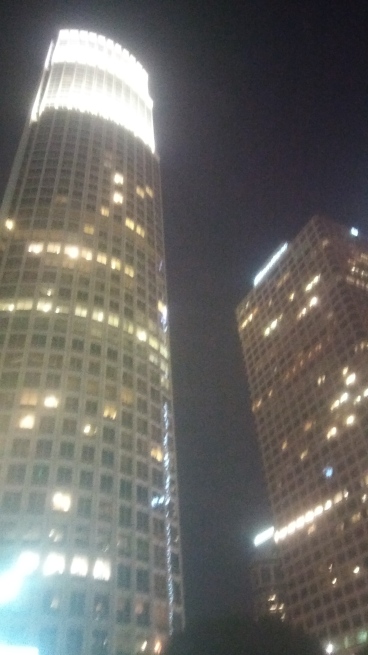 My visit to Los Angeles changed my life. Extreme?  Yep. But, you something extreme to happen to you if you want to change.  I spoke about this in a previous post, but seeing that gigantic Fate/Grand Order poster towering over the Wells Fargo bank in Downtown L.A. sparked an inspiration fire within me.  It brought a huge smile to my face.  Not because I’m a Fate fan, but because it served a reminder to me that even the most popular, beloved series had to start from the bottom( to reach the top).

The Fate series started out as a bit of a niche yet popular visual novel in Japan.  While beloved in Japan,  it took years for the love to reach Western fanbases (sans the small circle of Western fans who love the visual novel) to the heights we are seeing today. Type-Moon (the creative force behind the fate series) had to put in the years of hard and smart work to reach their current levels in the otaku world.  And it paid off.

If they can put in that hard work to reach the top, so can I.

Since I’m on the topic of visual novels, I was at a Doki Doki Literature Club (DDLC) cosplay meet up during AX (cosplaying as a last minute genderswap version of Monika) on Days 2 and 4.  As the meetups were wrapping up, Dan Salvato (creator of DDLC), came through and chat it up with the fans.  The fans (including myself) show nothing but love and support for the dude.

I was able to talk to him about how the character Yuri have impacted me the most out of the four characters (as I used to shut myself out from others and not talk about my love due to being teased and bullied for them like Yuri herself).  He brought up how Yuri  (as well as Natsuki) was based off his childhood experiences which made me appreciate both characters more (since I got a little deeper understanding on how they came to life).

Again, I was inspired by the love he was receiving and how he showed the love back. Like with the Fate/Grad Order poster, that experience showed me why I must get on my grind to produce content that people will love.  If I can create something that can inspire others and want to better their lives, then I have finally done my job for the world.

Outside the convention,  my friend and I were invited to an Anime Expo Discord chat meetup at an outdoor bar (forgot the name of it). As we drank and chop it up with everyone, one of the guys brought up how it’s goofy that some weeaboos will spend thousands and thousands of dollars to fly out to L.A., buy a convention badge, and hotel costs just  to go to the convention and not explore the city to see what it has to offer. Our (my friend and I) faces lit up and nodded in agreement, as we had a talk about this while we were smoking hours earlier.  While the main goal was to attend Anime Expo,  we were more excited to explore the city.  If you’re going to a city for an anime conventions and nothing else, you’re an idiot.

After the meetup, my friend and I went to be some little degenerates and smoke some legal weed.  As we smoke, we reflect on our new friend’s words and how we’re truly making it; as we met like-minded people who understand why we can’t be around those who put limits on themselves.

(Below: Spoils from Little Tokyo) 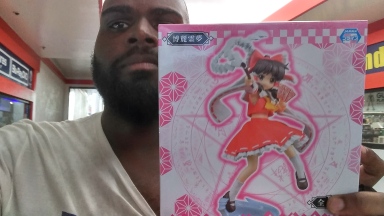 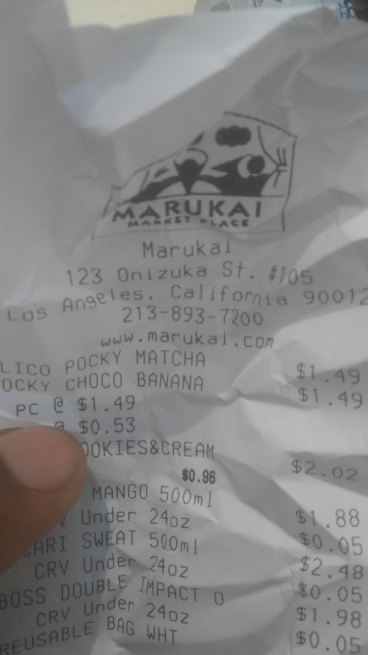 Exploring L.A. outside the con gave me the chance to talk to people from not only L.A. but from all over the world.  One gentleman whom I spoke with was a dude born in China who moved to the New Jersey area in his youth and then to L.A. when he got older.   We spoke about our home cities and compared it to L.A.  He didn’t like living out there as, in his words “people in L.A. are rude assholes and there’s always some nonsense going on compared to New Jersey.”.  I told him St. Louis was the same but couldn’t see how L.A. was that bad (granted I was only a visitor and not somebody who was living in the city,).

A day before I left L.A., I spoke with a rather liberal Middle Eastern women for a bit.  She was an L.A. native who guessed that my friend and I weren’t locals due to our mannerism.  Apparently, those who are native to the L.A. area tend to be assholes, but (depending on where they from), travelers and tourists are kind and aren’t on any bullshit.  I had to agree with her on that.  It felt that those who weren’t locals or born in L.A. seem chill and laid back while the rest were niggas who clearly didn’t get whoop by somebody when they got out of line.

During a weed run, my boy and I ran into a street rapper, Chase, who wanted us to give him a topic to freestyle about.  After his freestyle, we started talking about where we from.  Come to find out, Chase was a fellow Mid-Western from Chicago who visited St. Louis from time to time. He came to Califorina to connect with other rappers to network with other rappers and build his brand. I am not that much of a spiritual person, but I can’t help to think that meeting was the universe telling me something about even if I try to leave home for a while, home will find me.  But this was a positive experience.  Three Midwestern’s finding each other on the West Coast and speaking about our journeys and what we want out of it.

As time passed on and I traveled, I wanted more out of not only L.A. itself, but for me as a person.  There’s something magical about that city. I can’t put my finger on it, but it brought out something in me that I knew was there – I just needed something to draw it out.  Maybe it was that Fate/Grand Order that was the trigger.  Perhaps talking to a creator and seeing the love he got brought it out.  Could it be that me getting out of my hometown caused all of this?  I dunno.

What I do know is that if I want this again, then I can’t stay at the same level I am now.