Skip to content
25 Days of Blogging Day 3: Being (And Becoming) the Best Version of Yourself
Uncategorized

25 Days of Blogging Day 3: Being (And Becoming) the Best Version of Yourself

25 Days of Blogging: It’s like ABC’s 25 Days of Christmas, but without the white people level of cheesiness, bad acting, and family friendliness. Day 2 Yesterday, I spoke on why being yourself isn’t a good idea for most, if not, all situations.  In short, being yourself can get your screwed over, make you lose your job, and lose respect.  […]

25 Days of Blogging: It’s like ABC’s 25 Days of Christmas, but without the white people level of cheesiness, bad acting, and family friendliness.

Yesterday, I spoke on why being yourself isn’t a good idea for most, if not, all situations.  In short, being yourself can get your screwed over, make you lose your job, and lose respect.  At the end of the post, I stated that you want to be the best version of yourself instead.  Well today we’re going to continue on what that means.

Being the best version of you simply means that you’re tackling problems, situations,  and issues through smart and hard work, experiences, and learning from not only your losses, but wins as well. You won’t know how to grow as a person until you go through it and learn from each and every trial life throws at you: positive or negative.

These experiences can come from dealing with losing love ones (giving you a stoic mindset of accepting death as a part of life), cutting shitty “friends” out of your life (so people of high value can come into your life to better it),  sacrificing short-term pleasure for long-term goals/satisfaction, embracing failure (which we will go in-depth  later on), and traveling the world to experience the cultures and customs of others  (gifting you a worldly view of the world) to name a few ways to pave your path to the best version of you.

Becoming the best version of you also means knowing what masks to wear.  You don’t want to keep your mask off when at work; rather, you want to put on your worker’s mask. This means that before you even come to work, you mentality and physical prep for work at home (eating a protein heavy breakfast for energy, making sure your freshly washed and clean clothes are ironed and pressed , and leaving personal issues at home when you leave the house). Next, when you enter your job, you go over what you need to do to generate the best results through your performance and enter your zone until it time to clock out.

When it comes with dealing with the world through the general public, you must be aware that you still need to be the best version of you. You leverage this by taking care of and being self-aware of your appearance.

Who do you think is going to be respected: some 20-year-old kid who’s growing a poor excuse of a beard with his pathetic, patchy stubble who’s wearing dirty, dusty shoes with the tongue leaning, mismatched socks, baggy cargo pants, and a graphic tee featuring an big breasted anime woman who’s about to burst out of her bar while doing an ahegao face; or a 30-year-old man sporting a clean, shined dress shoes, socks that matches his tailor fit pair of chinos, a wrist watch, fitted oxford dress shirt, a tailored blazer, and has a his beard trimmed or cleanly shaven off? 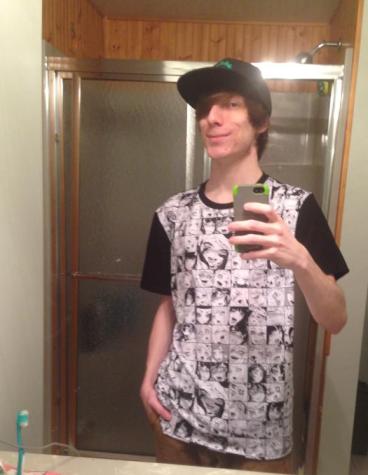 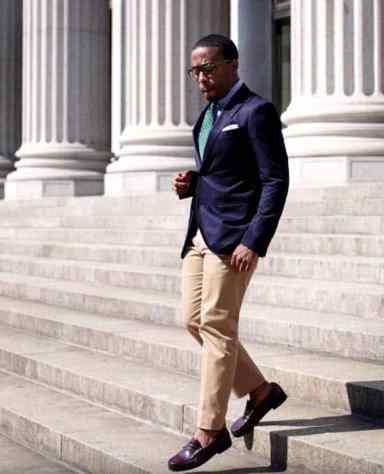 The man is clearly showing the world the best version of him is going to be respected over the stupid kid wearing that weeaboo shit.  Are both people in the example above being themselves?  You can argue that yes, they are.  But, we can all agree that the man is being the best version of himself – not being himself (he could also be an anime fan like the kid, but he isn’t going to wear a graphic t-shirt of  anime women doing something sexual out in public).

Being the best version of yourself requires you to get over your fears: may they be failure, rejection, pain, and setbacks, whatever.  For those unaware, the featured image is of this post is that of Ai Mizuno from the hit Fall 2018 idol anime Zombie Lang Saga.  Without giving too much away, Ai is trying to convince friend and fellow zombie idol group member Sakura to get over her fears of bad luck and failure that plagued her life before death.

Ai tells Sakura that she doesn’t view failure and mistakes as bad things; as they’ll help her with whatever comes next on her path. Only then, by overcoming those things, she’ll become the best version of herself (a callback to an interview Ai did during a TV special with her old idol group which inspired Sakura to pull herself out of her depression and becoming an idol before her death and zombification).

People who don’t overcome their fears block their own progress of becoming their best version.  It’s natural to have fear, but it’s unnatural to allow fear to control you.  You will fail.  You will face rejection.  You will be hurt. You will be met with setbacks.  But, you have to embrace those things in order to become the best.  Being the best version of yourself doesn’t mean doing what makes you happy (although it does help a lot), but doing the things that make yourself uncomfortable.  But you gotta get yourself out of your comfort zone.

Only then, will you be able to become the best version of yourself.

-Until next time,
Yuki The SnowMan

Man in blazer and chinos:

How to Style a Navy Blazer + Our Picks

Posted on December 3, 2019 2 By Yuki The Snowman Uncategorized Posted in Uncategorized Tagged #ai mizuno, ai mizuno best worst girl, be yourself, Being Yourself, best version of you, Otaku, weeaboo, ZLS, Zombieland Saga