We nerds are goofy.  You’d think that from experiencing rejection and exclusion  by non-nerds, we would be welcoming of our fellow nerds nerds.  But nah, we’re not.  Some indulge in repeating the same exclusion and rejection cycle they faced in the past to other nerds.  Elitist nerds will play the gate keeping game; allowing certain “real” nerds in their […]

We nerds are goofy.  You’d think that from experiencing rejection and exclusion  by non-nerds, we would be welcoming of our fellow nerds nerds.  But nah, we’re not.  Some indulge in repeating the same exclusion and rejection cycle they faced in the past to other nerds.  Elitist nerds will play the gate keeping game; allowing certain “real” nerds in their circle.

Others will quiz people who they deem fake; asking questions and checking if a person is knowledgeable to their personal level.  This essay will explore gate keeping, quizzing, and understanding the causality of such acts.

Gatekeeping is common, yet old practice, existing before the social media and nerd culture boom.  Gatekeeping is the act of not allowing certain people into the community; fearing that they’re fake, attention seeking fans (nerds blessed with good looks are often accused of being fake), or casual fans who don’t appreciate the source material. 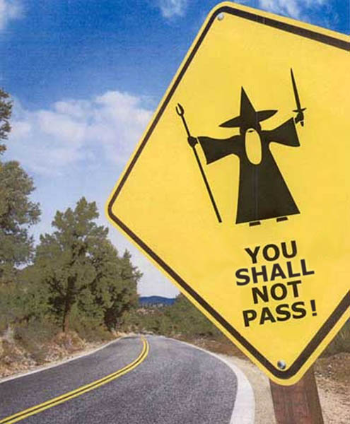 Example: Some Shin Megami Tensei (SMT) fans believe you’re not a real fan of the SMT series if you started out on Persona, or haven’t branched out to other games of the franchise.  Some hardcore SMT fans have belittle, mock, and excluded the newcomers; judging them for not starting or being interested with the archaic (but fun) early games such as SMT 2 or Megami Tensei.

Elitists feel that to be a real fan, you must have outlandish amount of experience and knowledge before joining their ranks.  It’s really just their insecurities speaking.  They’re afraid of the inclusive.

But hey! What’s a great way to cope with your insecurities?  Showcasing your superior, yet unimportant knowledge by quizzing folks!  Elitists quiz others on topics that only the truly hardcore (virgin) nerd knows.  They’ll ask things like “Who was Akira Toriyama’s first editor”, or “What comic issue did Raven (Teen Titans) debut”?  It’s a test to prove you’re worthy to call yourself a real fan.   Honestly, it’s stupid and it makes you come off as an asshole.

You know some useless nerd trivial.  Congratulations.  Nobody is trying to play your quiz game. Nigga you ain’t Alex Trebek.

When compared to their male counterparts, female nerds are more likely to be subjected to quizzing.  These beta ass males can’t believe that women have nerdy hobbies and interests, so they gotta drill them to see if they’re not “fake”.

Can’t answer?  You must be a fake nerd girl.  Girls don’t read comics! 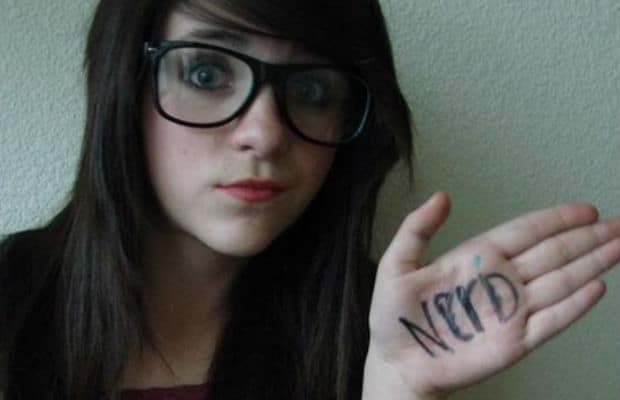 I mean, I get that these dudes are (probably) still mad about being bullied and rejected for being nerds by girls back in their high and middle school days, but let that shit go.  Don’t become the bully  fucking with a chick just because she’s a nerd and you assume she’s not a real fan. Go get help or something bruh.

While I do not agree with the gatekeeping, nerd checks, and quizzing, I can somewhat understand why they do such actions.   Nerds were/are ridiculed, bullied, and mock for their hobbies for decades.  Prior to the recent nerd boom, nerds weren’t accepted by the mainstream.  Having nerdy interests was considered weird; nobody wanted to fuck with you.  People were on  that “Oh I’m a nerd!” game,  only to play the real nerds and hurt them for being nerdy.

When you’ve been bullied and teased for your hobbies, you tend to be defensive.   It’s a shame that people are like this, but it happens.

Maybe if these elitists weren’t so hurt. Not saying what they’re doing is right though.

We nerds are goofy.  You’d think we would be more welcoming of other nerds to our circle.  Sadly, with elitism, quizzing, and “nerd checking”, this isn’t the case in our community.  Quizzing and nerd checking may leave out some and expose “fake” nerds, but is it worth making newcomers feel excluded?

I can understand why the elitist do this due to ill experiences, however, you got to let go of the past.  Past experiences shouldn’t’ determine that everyone on that fake shit based off assumptions.

I would say it’s possible to end this but that would require humanity to end as well.