It was the Fall of 2009.  Current, but lessen known (by the mainstream) anime series were appearing on YouTube.   Suddenly, I had access to shows that I otherwise couldn’t.  Browsing YouTube, a peculiar anime caught my attention : The Melancholy of Haruhi Suzumiya (THMOS).  I was previously hipped to the series thanks to  4chan’s /a/ and  various anime message boards. […]

It was the Fall of 2009.  Current, but lessen known (by the mainstream) anime series were appearing on YouTube.   Suddenly, I had access to shows that I otherwise couldn’t.  Browsing YouTube, a peculiar anime caught my attention : The Melancholy of Haruhi Suzumiya (THMOS).  I was previously hipped to the series thanks to  4chan’s /a/ and  various anime message boards.  Otaku communities everywhere were praising it, so I figured I couldn’t go wrong watching it.

The titular character, Haruhi, is interesting.  She’s egoistical – nobody couldn’t compare to her (in her mind at least).  The normal and average bores her.  Haruhi’s only interested in the extraordinary. Haruhi wants the world to revolve around her.  She believes the world is her stage.  In fact, the world belongs to Haruhi – literally. 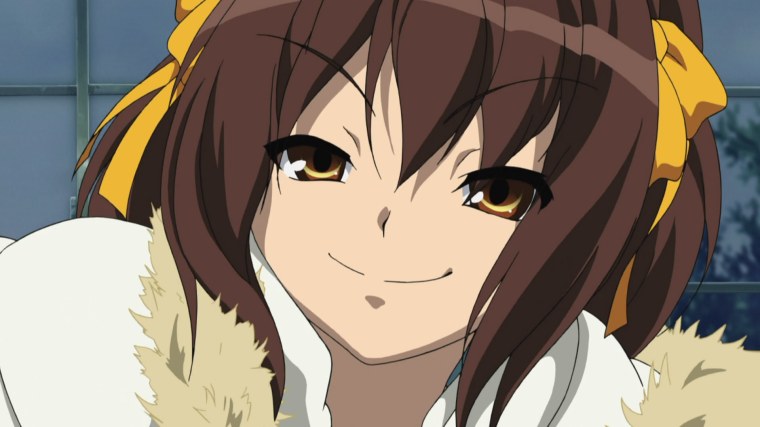 If you ever watched TMOHS then can you really fault Haruhi for her views?  I mean, if you had a realization at age nine that you’re just one in the world of billions, you start questioning your  reason of existence as well. You’d want the world to notice that you’re not just a nobody, but a somebody.  You would want to stand out from everyone.

The moment that I realized that Haruhi would become one of my favorite female character came at episode 13 of the first season.

Walking home from school, Haruhi tells Kyon a story from her childhood. The event of her and her family attending  baseball game catalyzed her need for notability.   Haruhi was amazed by the sight of the overflowing, sold out stadium. She perceived that the entire population of Japan was gathered there. In reality, as revealed by her father, the attendance was 200,000 people – only a small fraction Japan’s population.

This shocked Haruhi, causing her to break the population numbers down deeper. After arriving home from the game,  she starts breaking down the numbers driving her into fractions. She discovered that the attendance was merely two-thousandth of Japan’s total population at the time (128 million in 2006).  Haruhi thus concluded that she was merely one person in a world of endless billions. She was just like everyone else – nothing more. Upon this realization, Haruhi understood that in order to stand out, she must do it herself.

Sitting around waiting for change wasn’t a choice.

So, in her first year of high school, Haruhi made every effort to stand out and leave her mark. Even if people were bother by her actions, thought if she was weird or crazy, she wouldn’t stop. In fact the thoughts of others didn’t bother her.  Haruhi is doing her without holding back.  That what makes her stand out – her self- expression.

Her want of  notability. 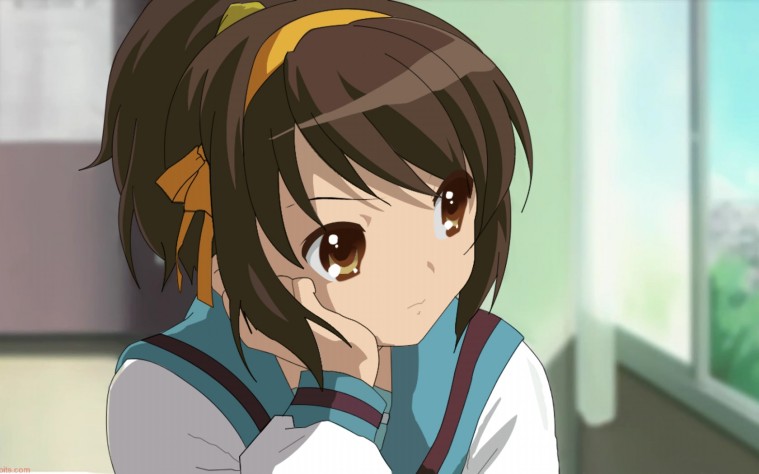 Watching Haruhi drive herself towards her goals without fear inspired me to do the same.  I wanted to stand out and let the world know I here.  That I will drive myself to make my mark upon the world.  The drive to stand out.  That’s what I want from life.

That is why Haruhi Suzumiya is my favorite female protagonist.

‘ I’d let the world know I wasn’t a girl who was happy sitting around waiting. And I’ve done my best to become that person. ‘