Skip to content
The Pride of Vegeta: Ego is the Ally.
Dragon Ball

The Pride of Vegeta: Ego is the Ally.

“Indeed, I am arrogant.  But, to me, that’s precisely what my pride as a Saiyan is!” After his ego and pride were belittled by Jiren, Vegeta felt that he had to defend who he is as a person.  As a proud Saiyan Elite prince, Vegeta dedicated his life to the art of combat, surpassing others, conquering planets, and of course […]

“Indeed, I am arrogant.  But, to me, that’s precisely what my pride as a Saiyan is!”

After his ego and pride were belittled by Jiren, Vegeta felt that he had to defend who he is as a person.  As a proud Saiyan Elite prince, Vegeta dedicated his life to the art of combat, surpassing others, conquering planets, and of course – breaking his limits.  It shouldn’t  shock anyone that Vegeta took offense to Jiren’s criticism.  Is Vegeta arrogant?  Perhaps to some. However, I don’t see it as arrogance. I think he’s confident and prideful of what he has accomplished over the course of his life.  After all, he has every right to act as such. Vegeta earned his high self-esteem and self-worth through hard work.

Hard work thanks to his greatest ally: His ego. 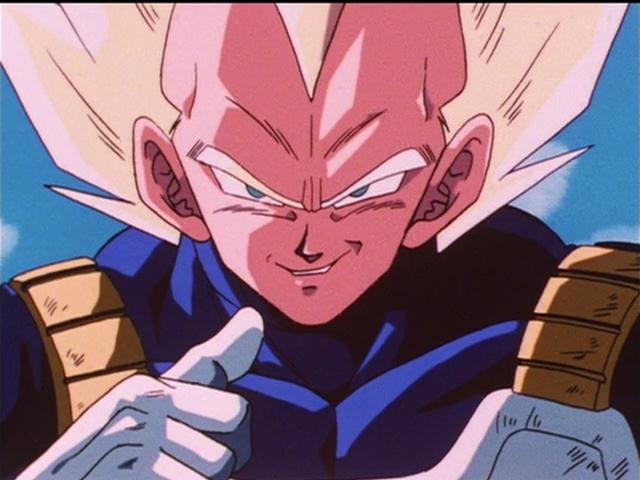 All champions have big egos.  Without a big ego, they would have never become a champion.’
From Victor Pride’s article The Importance of Having a Big Ego

Why does Vegeta have a big ego?  Well, it stems from a few factors. Prince Vegeta is a Saiyan.  Saiyans are naturally physical, competitive warriors.  Vegeta is also a paragon and of royal blood.  He achieved master-level combat skills and knowledge as a child.  Seeing his power, King Vegeta (his father) took him under his wing and the two conquered (and destroy) planets for years.  Now mind you, Vegeta did all of this before he hit puberty – and he wasn’t finished yet.

Even as a child, Vegeta proved himself to be an outlier.

Being controlled and abused by the tyrant Frieza also impacted his ego.  The Saiyans could have been a prosperous race if it wasn’t for Frieza.  Frieza murdered King Vegeta.  He betrayed the loyalty the Saiyans by killing them and destroying their planet.  Following that, he reduced Vegeta’s status to that of a common, low-ranking lackey – completely disregarding his royal heritage.

To say Vegeta was bitter towards Frieza’s treatment is an understatement.

Then, you have the case of Kakarotto – or Son Goku.  Son Goku was thought of a low-class Saiyan who would never amount to anything (in the eyes of the Elite Saiyans).  Vegeta was disgusted at Goku (due to Goku’s kindhearted nature – unnatural for Saiyans).  He didn’t view him as a real Saiyan – nor worthy of becoming a Super Saiyan.  Even after believing that Goku was the Super Saiyan of legend, Vegeta held resentment towards Goku  for obtaining such status and power.  Vegeta was convinced that only he – a  royal Saiyan Elite – deserved the title and power of the Super Saiyan.

It was his birthright.  And Kakarotto took it away from it.

Yearning to not only obtain the Super Saiyan transformation but also surpassing Goku, Vegeta spent three years’  training to acquire his goals.  He worked mercilessly – even to the point of death. It was at that point of near death is where Vegeta finally gained the power of the Super Saiyan.  After years of pain and suffering, the prince reclaimed his title of the prince of three Saiyans.  He even “surpassed” that blasted Kakarotto!”

(And by surpassed I mean Goku caught the heart virus and was out of commission for most of the Andoird conflict. Therefore, Vegeta was the strongest due pure “luck” on his end).

Vegeta didn’t stop there.  Super Saiyan wasn’t enough to quince Vegeta’s competitive thirst.  After Goku told Vegeta that they must go beyond Super Saiyan, Vegeta took this chance to prove himself as the superior Saiyan.  Vegeta trained for another year in the Room of Spirit and Time (or the Hyperbolic Time Chamber for you FUNimation weebs). Then, he gained power that exceeded Super Saiyan: Super Saiyan Grade 2 (or simply, Ascended Saiyan).

Vegeta yet again surpassed Kakarotto!  Oh, how Vegeta praised himself for his efforts. And then a few hours later, Vegeta was curbed stomp by Perfect Cell. See, Vegeta – although proud of yet another accolade – let his ego get the best of him.  Cell tricked Vegeta into obtaining his Perfect form and made the Prince his bitch. 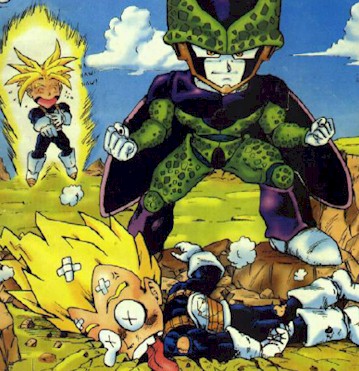 Let’s fast forward seven years.  With Goku dead, Vegeta had nothing better to do.  Well, besides training (because of that competitive nature).  Vegeta got news that Goku was returning to the living world for the 25th Budokai Tenkaichi Tournament. He sees this as a chance to finally beat Goku once and for all.  See, Vegeta never got over the fact that Goku was the better warrior.  Vegeta was envious that Goku achieved so much (despite him being a low-class Saiyan).  Vegeta wanted to prove once and for all he was the best.  And he could have if shit didn’t go south during the tournament (the Majin Buu and Babidi conflict).  During the Majin Buu conflict, Vegeta allowed his jealousy to get the best of him and let Bababi brainwash him into Majin Vegeta.

All because he wanted to show his superiority towards Goku.

The evil prince has returned!  At last, Vegeta could dominate Goku in combat…by killing a bunch of innocent people and allowing the release of Majin Buu.  Then Vegeta realized that his ego is problematic and that he had to sacrifice himself to take out Majin Buu – all because he fucked up.

Okay, so maybe Vegeta had some minor issues with his ego.

In the real world, high-level athletes, performing artists, and businessmen are viewed as egotistical. Their self-sense of pride are off-putting to some – but they have the right to be prideful.  These people pour countless hours into their craft.  Michael Jordan, one of the greatest basketball players of our time, is viewed by many as arrogant. But when you won six Championships rings, brought money to your team’s city, and created a multi-million-dollar brand, you earned the right to be arrogant.  Kanye West, a rapper hated for his ego, won over 92 awards over the course of his career.  He better be egotistical. Entrepreneur Tai Lopez, (in)famous for his “Here in My Garage” video (where he showcased his then-new Lamborghini)   was criticized for showing off the luxury sports car and the thousands of books in his personal collection.  Then again, when you are the investor and advisor to over 20 successful multi-million dollar companies,  I think it’s okay to show off your trophies – and how you earned them through knawledge.

These guys have earned the right to be egotistical, cocky, and arrogant, whatever you wanna call their high levels of self-esteem.  Why?  Because these guys worked their asses off to get to the levels of where they are today.  Vegeta is like that.  Vegeta worked his ass off to maintain his Prince and Elite status.  He dedicated his life to push himself beyond his limits. He earned Super Saiyan 1, Ascended, Super Saiyan 2, Super Saiyan God, and Super Saiyan God Super Saiyan.

It’s understandable to see why Vegeta was angry at Jiren’s remarks about his ego.  Vegeta had to back up his pride – the thing that drives him to better himself.  Vegeta himself stated that he can never throw that away.   It what makes Vegeta.

Vegeta is an arrogant man.  And what’s wrong with that? 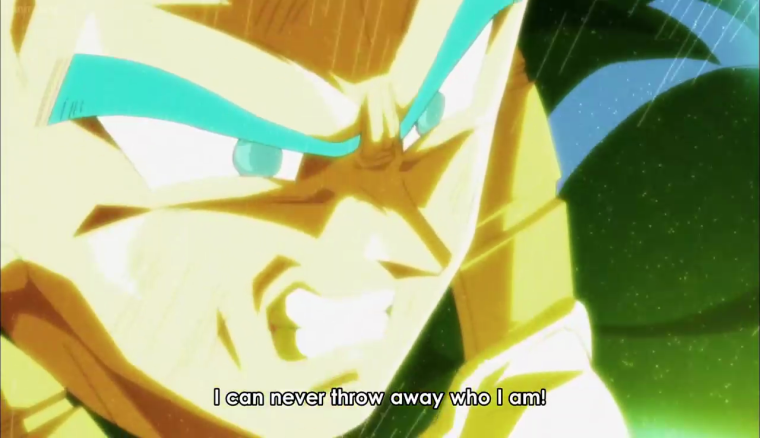 ‘Being humble doesn’t work as well as being aware.’

FURTHER RESOURCES:
The Importance of Having a Big Ego:
https://boldanddetermined.com/big-ego/

Ego is the Enemy by Ryan Holiday (the inspiration for the article’s title):

DISCLAIMER: I am not associated with Amazon nor Ryan Holiday. I do not make any money off this.