Yesterday  during my lunch break at work, I was listening to Grant Cardone’s (American author and CEO)  interview on his 2016 book “Be Obsessed or Be Average” (great book I  highly recommend if you have giant dreams).  During it, he brought up a childhood dream (an obsession even) of on becoming like fictional  movie spy James Bond when he grew […]

Yesterday  during my lunch break at work, I was listening to Grant Cardone’s (American author and CEO)  interview on his 2016 book “Be Obsessed or Be Average” (great book I  highly recommend if you have giant dreams).  During it, he brought up a childhood dream (an obsession even) of on becoming like fictional  movie spy James Bond when he grew up (having the hot women, flashy cars, infinite cash flow, etc.).  Cardone’s reflection of his childhood dreams and goals reminded myself of my own innocent dream of becoming like Dr. Tomoe; villain of Sailor Moon S.

Yes, that Dr. Tomoe. The crazed cracklin’, evil science experimenting, nutjob ass dude with the clichéd evil badguy laugh.  That is the Dr. Tomoe I’m talking about.  As a child,  I wanted to be like him as a kid (I was a weird kid).    Why?  Well, here some reasons why!

Going back to  a previous post, my very first episode of Sailor Moon had the infamous fake orgasms  Twister game with Mimete and the reminding Witches 5. We see Professor Tomoe enjoying (albeit creepily) his all-female staff playing Twister in short shirts, lab coats, and high heels.  Tomoe enters the room and the women welcome him warmly.  After debriefing Minmete on her next mission, Tomoe continue the game of Twister with the other women, taking pleasure in being surrounded by smart and sexy science lady nerds . 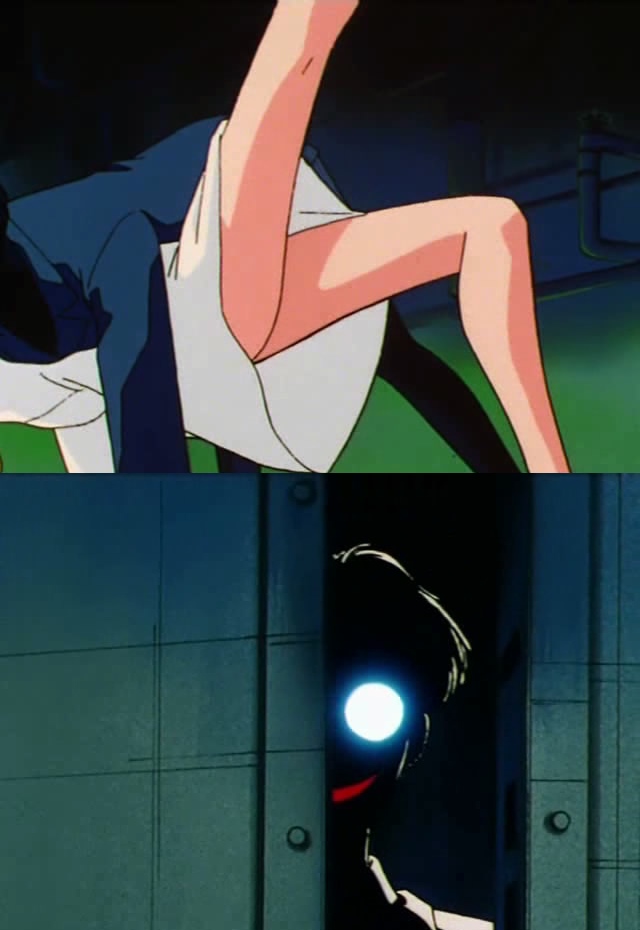 “I wanna be like Dr. Tomoe when I grow up!” I declared!  What ten-year-old male doesn’t wanna grow up to have a secret lab filled with sexy science nerds, man?

“He has women in high heels and lab coats playing Twister with him. I want that in life. Also I wonder if he’s fucking all of them behind their backs.  I would do that too if I was him.”

Oh ten-year-old me was full of hopes and dreams.  Oh Ben.  You were so innocent back then!  But really, that one definite scene  inspired me to work and learn hard, so that one day I could be like that creepy blackface paint like science man on the new anime.

To have the beautiful women working for me and  my business. Ten-year-old wanted that.  Today? I still want that.  Create humanoid  monsters from alien eggs to take over the world. Ten year old wanted that shit. Me today? I would get locked up for unethical science experiments and terrorism.

As ten-year-old me continued to watch Sailor Moon S, I was impress by Profressor Tomoe and what he had.   I was quickly inspired by the man, with him becoming one of my favorite characters in the series. The business. The school he founded.  The money and giant house.  And the women.

I want a Kaorinite in my life (sans all the crazy homicidal shit and her abusiveness towards children [poor Hotaru]) Like,  a fine ass sexy woman by my side when I become a successful person.  Introduce her to at a party  or an event and everyone starts looking at her.  Have  their breath taken away from not only her beauty and grace, but her presence and wisdom.  Have people hate on me because I have her and she doesn’t not.

Finally, the last factor that made me go “I Wanna Be Like Dr. Tomoe” was his powerful  relationship with his daughter, Hotaru.

Despite being incredibly busy with his personal work, Tomoe made time to spend time with Hotaru.  It’s clear that they’re close as Hotaru happily introduced Chibi-Usa to him (but that’s for another post).  At the final few episodes of the S arc, Professor Tomoe is risking his life to save and protect Hotaru (after she transformed into Mistress 9 See, that’s a real ass father.  Taking time off  time to take care of daughter. Then we have his willingness to protect her at all costs, by any means.

Granted, personally I don’t want kids anytime soon (or ever), but if I ever had a kid, I would done the same he did with his kid.  Take the time from my own shit to be around them. To protect them at all cost.

As a kid I had this innocent, but wild dream to be like a fictional cartoon anime character.  I want what he had: beautiful women (the Witches 5 and Kaorinite), the money and own business,  the nice mansion, and family.  Am I working on that childish dream today as an adult?  Yes.  It might be taking slower than I want but I know I can get it if I push myself.

Thanks Professor Tomoe! your crazy ass inspired me to become a man like ya.

(Fuck Crystal/Manga Professor Tomoe tho.  That nigga’s a piece of shit.  Don’t be like him.) 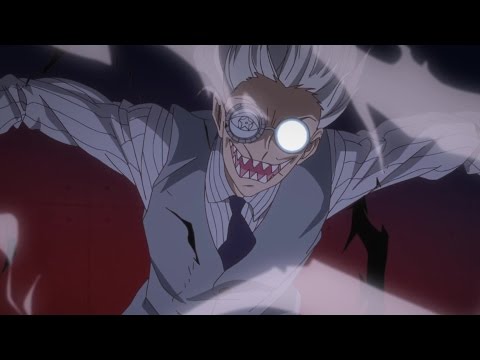