Skip to content
FREEWRITE: Bosses and Fearing Nothing
Freewriting

FREEWRITE: Bosses and Fearing Nothing

“Rock’s here!  You miss it earlier, he was on a rampage nitpicking every little thing. ” My coworker informs me on our regional manager “Rock” was on  going off on everyone (sans me given I just arrived). Oh. “Damn, that bad huh?”  I replied nonchalantly.  I wasn’t concern about “Rock” (name changed cuz I’m not trying to get fired yet), […] 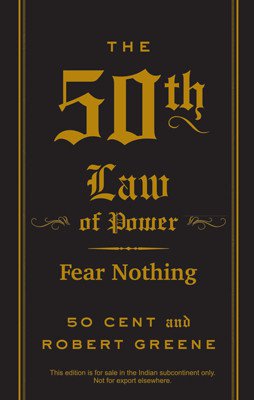 “Rock’s here!  You miss it earlier, he was on a rampage nitpicking every little thing. ” My coworker informs me on our regional manager “Rock” was on  going off on everyone (sans me given I just arrived).

“Damn, that bad huh?”  I replied nonchalantly.  I wasn’t concern about “Rock” (name changed cuz I’m not trying to get fired yet), or fearing  his arrival.  I was warned about his visit earlier in the week.  The prior warning gave me time to do my mental training and  job preparations.  Furthermore, I’ve been working both harder and smarter to improve my section and my work ethics (although admittedly I’ve been slacking in some areas).

As fucked up as this sounds, I’m laughing at everyone’s fears (in the inside, of course I would get fired if I did  that externally). At this point, we ‘re informed about Rock’s expectations.  Yea, it’s annoying that dude is in town, but that we expected it.  Adapt or die.

In my time researching (and now owning an actual copy of) the 48 Laws of Power, analyzing the mindset of superiors, being interested on how business are run, and my own desires of being a boss, I figured this out: The only reason why we were trippin’ off Rock’s arrival is because he’s a boss.  Bosses make their worker’s “fear” them. It’s how power works (at times).

Yet, given I’m evolving my own mindset of becoming a boss, and knowing that Rock has to answer to  ahis own bosses despite being a boss, what is there to fear from him?

As long as we’re doing our shit on the daily, and feeling confident in towards our work ethics,  we shouldn’t  worried about this dude.  And on the flip side, he shouldn’t worried if we’re doing what he expect us to do when he come through.  It’s that sense of security; we can put each other’s minds at ease if we perform to our expectations, and beyond.

Hell, I’ve been had this mindset since my second job (working at the Missouri Botanical Garden’s restaurant).  When news of the CEO’s arrival, everyone sans a few cooks and I were in fear.  We both knew what the CEO expected from us, and given that we respected his position of power, I made sure when dude came to our kitchen, and I had it as clean and neat for him.

Plus, my former bosses informed the GMs on my hard work, so my on the line (guard ya rep no matter what ya’ll).  If the CEO would have seen a kitchen a mess, it would not only look bad on me, but my bosses and GMs who told him about my work.  I don’t wanna make people look like liars off my bullshit.

I’m not fearful of Rock, but rather respectful of him and his position. As a boss he has to make sure we’re doing our work so he can feel secure about his position.  Because trust me, if he let our bullshit slid, that would be on his head with bosses and that wouldn’ be great on our end.  Plus I interactived with the dude a few times in the past, he seems like he’s chill if he’s not on boss mode, so there’s that.

I guess I think differently from my fellow coworkers and the average worker.

(I know this is different from my usually writings but I haven’t wrote anything in a while due to my own laziness, and this idea was in my head all day.  Plus, I need to sharpen my writing skills).