(Warning: Major spoilers for Fire Emblem 4: Genealogy of the Holy War and Doki Doki Literature Club. I’m not dealin’ with ya weebaboos and ya hurt feelings.) I can fondly remember when my homeboy (at the time) “spoiled” the fact that Hotaru was Sailor Saturn (Sailor Moon S) in grade school.  I had just finished watching my first episode of Sailor […]

(Warning: Major spoilers for Fire Emblem 4: Genealogy of the Holy War and Doki Doki Literature Club. I’m not dealin’ with ya weebaboos and ya hurt feelings.)

I can fondly remember when my homeboy (at the time) “spoiled” the fact that Hotaru was Sailor Saturn (Sailor Moon S) in grade school.  I had just finished watching my first episode of Sailor Moon (episode 117: Higher, Stronger! Cheers by Usagi) the previous day and was hooked.  I expressed my love for the Hotaru character and her awesomeness. Unlike Usagi and Chibi-Usa (who had to transform in order to gain their powers), Hotaru didn’t need to transform for her powers.  My dude smiled and said “You know Hotaru is actually a Sailor Scout, right?  She’s Sailor Saturn.  That’s why she has powers. In fact, not only is she a Sailor Saturn, she’s being controlled by somebody else.”

“Ahh!” I replied.  “No wonder she could do those things like blasting a monster across a track field.”  The spoilers about Hotaru’s truth identify didn’t ruin her character for me.  In fact, it made me more excited to watch more Sailor Moon S. I wanted to see Hotaru’s journey as a sickly, lonely girl to the Soldier of Destruction (who ironically, would save the world from destruction).

Spoilers don’t mean shit.  Being spoiled about an event in the media we consume never ruin the emotional experience. In fact, it makes it better.  Some may say “But spoiling something will make you disappointed or change your mind about a character.” Okay, so what? Your views of a character are going to change regardless of you got spoiled on their actions or not. Why try to avoid the inevitable when it’s going to hit you sooner or later?

Let me change your mind about spoilers. I know I can.

Spoilers neither ruins nor replace the emotional experience that you’d otherwise witness.  Spoilers are just words. They don’t provide the gut hitting visuals of seeing your favorite character die.  Spoilers don’t give you the sense of anger of seeing a “trustworthy” ally betraying his best friend on screen. “But Ben!  What about twists and surprises!?”  Oh well.  Once you consumed media for nearly 25 years you tend to get bored with surprises and twists.

Recently, I’ve been playing the popular Western visual novel, Doki Doki Literature Club/DDLC (not to be confused with the obscure PC98 visual novel Doki Doki Vacation).  Through my adventures (of playing the game), people were trying (failing) to convince me not to read spoilers.  They told me that it’s better to experience the game blind so I could “truly appreciate” the game for what it is.

First off, I had to laugh at those who believed I should play DDLC by their standards. Second, telling me to avoid spoilers won’t work – it’ll just make me read them. Through reading spoilers, I discovered that Monika was the true villain of DDLC. Monika was a manipulative, angry, jealous, and lonely girl who wanted someone to love her and grant her freedom (from her digital prison and self-awareness powers).  Did those spoilers impacted and change my views on Monika? Of course, but in turn, it made more interested in her character (given that I enjoy manipulative/Machiavellian-type characters).

Here’s where I still felt the emotional impact of Monika’s cruel deeds despite being “spoiled”.

As Monika brags about killing Natsuki, Yuri, and Sayori, your character is forced to sit across from her in the Literature Club (now the Room of Eternity).  The distorted music, dark orange tint filling the room, and Monika staring at your eye gave me a sense of unease.  I felt anger as Monika casually – yet coldly – discussed how she murdered her friends.  Now, do you see how spoilers don’t replace those emotions?  Again, they don’t give you that visual treat. Reading those spoilers didn’t provide me with those emotions – but playing the game did. The spoilers just enhanced my journey, which brings me to my next point.

Around 2005, I started playing Fire Emblem 4: Genealogy of the Holy War.  I “foolishly” spoiled the game’s ultimate plow twist – Arvis murdering the main character, Sigurd. Furthermore, Arvis manipulated the nobles of  Grandbell to wage war against a few nations:  just so he could have the nobles kill each other. Arvis’s schemes prove successful. 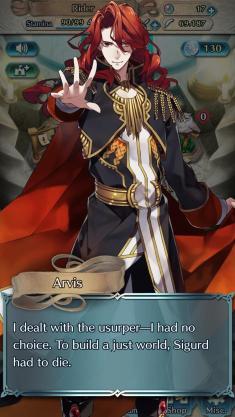 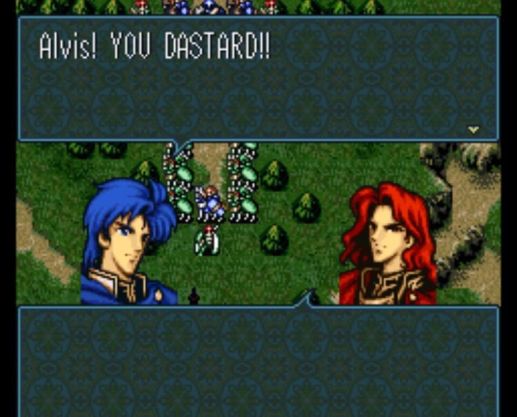 Rather than being mad at myself (for “ruining” the plot), I became curious about Arvis’s “terrible” deeds and did research.  I discovered the game development notes of Shouzou Kaga (creator of Fire Emblem); gaining information on Arvis (that changed my mind about him). Arvis was angry at the nobles of Grandbell who abused their power – subjecting their citizens to levels of extreme poverty (while the nobles spent their riches on themselves).

Arvis – in his head – thought himself as a liberating hero for the common man.

The spoilers didn’t ruin the plot for me.  In reality, not only did it made me want to play the game, it made me respect Kaga’s complex writing of Arvis’s character.  Kaga’s notes help me understood the tragic (anti) villain archetype of media.  It was the kick that I needed to see the game all the way to the end – to see how the events unfold through Kaga’s craftsmanship.

See how spoilers can work in your favor?

Spoilers do not mean shit. This was a fact that I discovered back in my childhood with Hotaru/Sailor Saturn, one of my favorite characters of all time. Being spoilers on certain characters might change my views on them.  That’s okay: it was going to change either way.  Reading spoilers helped me understand why villains such as Arvis and Monika had to do the things they did – and I still got emotional when I reached their villain reveals in their respected games. The spoilers got me in the head of the creator and made me felt what they felt.  To me, that’s the ultimate sign of respect for a creator: understanding their works.

Spoilers don’t ruin the story.  They enhance it.

(Yuki’s notes: Arvis did nothing wrong as he fought for the greater good of the people.  Monika was wrong because she was a selfish simp.)